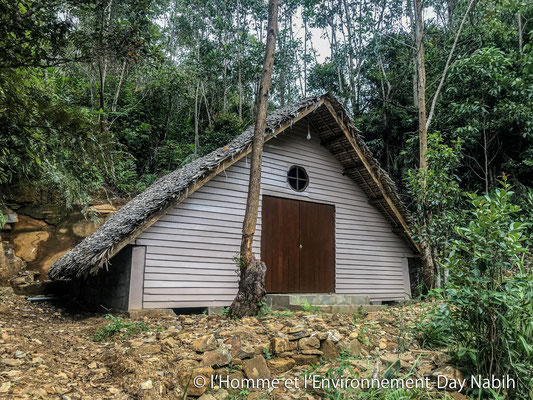 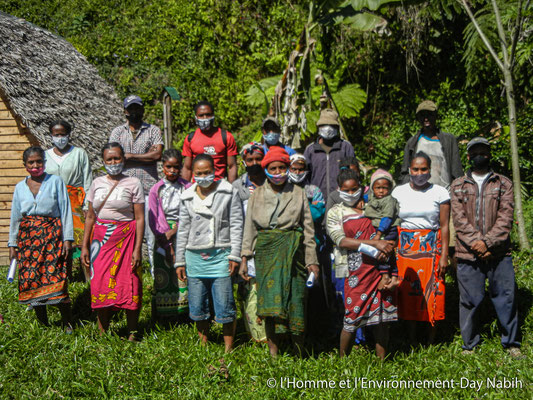 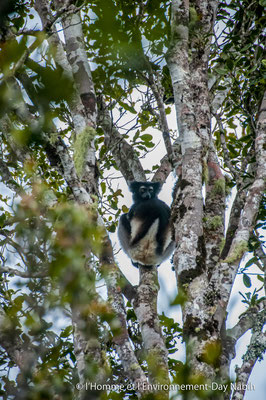 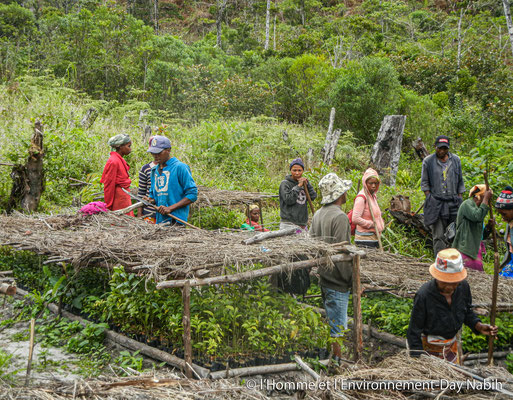 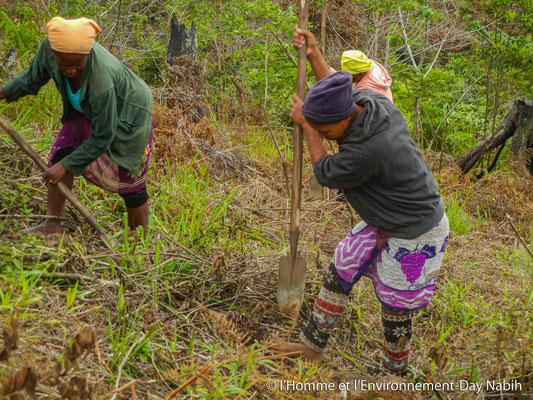 The progress of the last 6 months of the project "Saving the critically endangered lemurs of the Vohimana reserve" in a few lines.

The preservation of biodiversity is at the heart of the actions of the NGO L’Homme et L’Environnement in Madagascar. The IUCN Save Our Species’s funding has been acquired for critically endangered lemurs’ conservation project in Vohimana. The project aims to reducing pressures on habitat of Indri and Sifaka diadem from illegal logging. This article reports on progress from September 2020 to February 2021.

The request of classification of the Vohimana forest under Category VI Protected Area is ongoing.  Two workshops were organized to validate the process at a local and regional level in November 2020 and in February 2021. They were attended respectively by 211 and 49 people. Local populations, public entities concerned, and other technical partners were supportive to the project.

To ensure forest protection, 7 forest guards are operational in order to carry out forest patrols. The compensation of latest one is supported by the Union of Associations of Vohimana.  Over the period: 424 patrols have been carried out allowing to record 4 infractions : 2 charcoal kilns, 1 tree cutting on 3 ares and 1 intentional fire on 5 ares. No damage to wildlife has been reported. In January 2021, 3 eco-guides and a representative of each of the 7 active associations in the area was set up as an associative patrol which accompanies the forest rangers on a weekly basis for patrols or lemurs’  monitoring. In this context, the reconstituted Dina Committee (Komity Ny Dina) will be in charge of applying sanctions on forest infractions according to the DINA MAINTSO, a local convention established and validated by administrative officials at the locality level.

The first year of the project included the reforestation of 10,000 plants on degrade areas of Vohimana. Zanatany, the local nurserymen's association has developed 10,000 seedlings in nurseries and reforestation is underway. This concerns indigenous species that are useful for the lemurs' habitat and their food.  10,000 seedlings from indigenous species, most of which are useful for the habitat and food of lemurs, have been produced on tree nursery by the Zanatany local association and will be planted on degraded areas of Vohimana. The reforestation campaign is being launched on the field.

In terms of income generating activities, the agroforestry program is developed on the watersheds (tanety). 13 tons of ecological ginger seeds were distributed to 52 farmers and 6 associations:  double of this quantity is expected on harvest time.  The essential oil producer association named Manara-penitra was able to produce 36.9 kg of ginger essential oil.

To develop ecotouristic activity, 2 basic bungalows of the teepee type, 1 common sanitary facilities, 1 comfort bungalow with a private kitchenette at the edge of the river are newly set up for the Relais du Naturaliste ecolodge. The study of the foundation of the restaurant to be renovated is in progress. Two new eco-tourism circuits have also been opened, one leading to a natural pool recently discovered by the guides and the other as a shortcut to another existing circuit.

These actions have been implemented in order to reduce the pressure on the forest: the reinforcement of forest surveillance as well as the application of the Dina Maintso allow to limit infractions towards the environment and the biodiversity. The reforestation of indigenous plants serves not only to restore the forest, but also to enrich lemurs’ feeding and habitat.  The development of income-generating activities becomes an alternative to direct or indirect exploitation of the forest. These actions show the approach developed for several years by the NGO L'Homme Et L'Environnement which places the local population at the heart of biodiversity conservation.

With all the alternative activities that took place on Vohimana Reserve, local populations will obviously focus on positive aspects of the conservation of this unique forest.

This project is co-funded by IUCN Save Our Species. The contents of this article are the sole responsibility of Man and the Environment and do not necessarily reflect the views of IUCN.